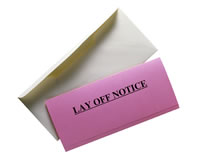 Ethics In the Boardroom

By the Rev. John P. Jackman

This editorial first appeared in the New Jersey Star-Ledger on March 31, 1996.  Please note that this is sixteen years ago, and that we are paying the penalty for these policies yet today in the shrinking middle class.

With the breakup of AT&T, a blizzard of pink slips blew through New Jersey, deeper than the snows and of more devastating consequence. The "Blizzard of '96" is gone already, but thousands of unemployed have only begun to wonder about what they will do with their lives. The AT&T breakup is only an example, just one of a long series of mergers, buyouts, breakups, and other maneuvers of high finance which in recent years have devastated many lives and eroded employee morale in company after company.

Of course, executives say, these mergers, buyouts, and breakups are essential to company profitability. The figures don't lie, the spreadsheets show clearly how these manuevers benefit stockholders and the company as a whole. These decisions are not made without plenty of support from the numbers-crunchers. But it is what is left off the spreadsheets that worries me. The spreadsheets show inventory, cash flow, profits and losses. But nowhere in the numbers are there figures for the human toll of these juggernaut decisions. And not just the toll on those who received pink slips -- the toll on those left behind. At no point during the liquid flux of corporate swashbuckling over the last twenty years have I heard much discussion of hard-to-measure factors such as employee morale or loyalty. Dollars and cents, inventory, overhead, these are easy for MBAs to quantify. Morale, loyalty, dedication, these are not easy to put numbers to. I myself cannot tell you how to put those in a spreadsheet. But I can tell you that I have heard the cries of formerly loyal employees as they felt sold out by the company, as they saw years of hard work and dedication rewarded with two week's notice. I have had many who kept their jobs tell me of their anger, their eroded loyalty, their feelings of being treated like cattle. Many who were once profoundly loyal, who would once think nothing of putting in extra hours without extra pay, now punch a clock for a check. Where once they felt deep dedication to their jobs and the company the work for, now they are looking over their shoulder, waiting for the next axe to fall. And they do enough on the job to get paid. But no more.

All this is transpiring at a time when many of these companies are also touting the slogans of Total Quality Management. Edwards Demming must be spinning in his grave! An essential part of his concept involved profound respect for the employee, involved management working harder to provide the lower level employees with the materials and skills to do a really good job. What is happening in companies today is the opposite. Decisionmakers view employees as commodities to be sold, moved, traded, terminated. Cattle. AT&T employees talk about CEO Bob Allen as a distant guru sitting in his office playing chess with their lives. They are the pawns, pieces to be moved or sacrificed in the game. They are not real human beings with feelings and families. Not to dump on Allen alone; he is playing the CEO game the way it is done these days. But "the way it is done these days" in the long run is having a devastating effect on the work force. And that work force is really the greatest natural resource that America has, greater than timber, oil, minerals, or land combined.

One friend of mine worked for most of her life at a major bank, rising to the level of Vice President. A few months ago, following a merger, she was given two weeks notice. A stable and strong individual, she handled it as well as could be expected. But another VP committed suicide. In another bank, high-level employees were told that they could continue to work for the company if they wished -- as tellers or clerks. Similar stories follow the mergers in hospital systems and corporations across the nation. This sort of "chess playing" management doesn't only impact in firings and terminations. Another friend of mine works for a large department store chain. Shortly before the Christmas sales, "someone at Corporate" (chilling words!) shuffled the schedules of all the local sales staff. Moved the pawns around on the board. Most of these "pawns" are working mothers who must contend with day care schedules, school hours, or relatives who watch their children. Most had carefully worked out their hours with local management to fit with child care needs. The anonymous and faceless chess player "at Corporate" had never met any of them, knew nothing of their lives. The new scheduling didn't fit with real life, so over a third of the employees at one store quit en masse -- just before the Christmas rush. Now, there's Total Quality Management!

Why is all this happening? "Competitiveness." "Corporate profitability." Many of these companies claim that they must take these drastic measures, or they will fail. They must discontinue medical insurance, they must use temps and part-timers with no benefits, they must do these things or they will be eaten alive in today's economy. The company will fold, and then there will be no jobs. But few people really believe this. The employees I have mentioned all work --or used to work -- for companies who this year posted twenty-five year highs in profits. Company owners and top executives have taken home pay and perc packages that can only be described as obscene. Where is this huge glut of cash at the top coming from? Only an idiot could not see that it has been taken, a dollar at a time and an hour at a time, from the little folk. The faceless pawns. According to Robert Reich, the figures for the higher profit match very closely what has been taken from the lower levels.

What is going on in board rooms today is not necessary for company survival. It is greed, pure and simple, a grasping for greater wealth by those who already have more money than they know what to do with. Every year, the statistics show that a larger percentage of actual wealth in this country is being controlled by a smaller and smaller group of people. And that is what the mergers, the restructuring, the erosion in benefits, is really about. The end of this process is clear. What defines a Third World country is that a very tiny percentage of the population owns a huge percentage of the wealth. Is that the direction we want to be going as a nation? What is going on in boardrooms today is quite simply wrong. It is immoral, it is unethical. And in the long run, it is stupid. Eventually, the goose will no longer lay golden eggs. How do these companies measure the decreased productivity of now hostile employees who feel (rightly) that the company simply doesn't care about them? How do they measure the economic impact of employees who surreptitiously spend a part of their working day searching for other jobs, since they know the next bell will toll for them? Where does the human cost get plugged into the spreadsheet, into the anonymous numbers?

Contrast this now to the pre-Christmas fire at Malden Mills in Massachusetts. The president, Aaaron Feuerstein, announced that the company would continue to pay the 1,800 employees until the factory was up and running and they were all back at work. At the date of this writing, Malden Mills is still paying those who are not yet back at work. When asked about the expensive decision, Methuen was quoted by CNN as saying "I don't consider them, like some companies do, as an expense that can be cut." So what's the bottom line for Malden Mills? Sure, it was an expensive move. It cost the company millions. But without trying too hard, I can think of corporations who have lost much more money because of, ahem, stupid or arrogant decisions at the top. The human bottom line: the employees of Malden Mills, already a dedicated group, will give heart and soul and body to the company that stood by them in their hour of need. How can you measure that on a spreadsheet? Where do you quantify that on an annual report?

A few CEO's have had a clear sense that they are personally responsible for the hundreds or thousands of human lives under them. They make decisions not just off of spreadsheets, but in their hearts. It seems like this sort of CEO is a dying breed, however. Unless a profound change in top corporate culture and government happens, we are headed back to the days of the robber barons. If business is a war, then there are good generals who are conscious of the safety of their troops and truly feel responsibility for their welfare. But it seems that the war in boardrooms today is more like the Crimea, where thousands died needlessly because of the arrogance and stupidity of Lord Cardigan. Something must change.