The following workshops or keynotes are targeted for seminaries or gatherings of ordained ministry:

Copyright Law and the Church:  as an author, filmmaker, music publisher, and active pastor, Jackman is uniquely equipped to accurately explain copyright law to future pastors.  Our informal surveys show a massive amount of misinformation floating around in churches - a serious legal issue for judicatiories and denominations!  Music licensing, web streaming legalities, DVD licensing, the "ins" and "outs" of the OneLicense, CCLI and CVLI licenses - plus how to license movies that aren't covered by CVLI!  Since the Covid-19 pandemic, automated copytight flagging on Youtube and Facebook have made this a hot issue.

Pastor's Survival Kit: Amidst the appalling statistics of pastoral burnout and psychiatric issues, Jackman profiles how healthy boundaries, transparent management, and appropriate assertiveness can help pastors survive in even the most unhealthy of church situations.

Managing Conflict in the Church Many congregations are torn apart by acute crisis; other "pastor-killing" congregatiions have a long history of internal conflict and emotional dysfunction.  Jackman explores how appropriate, honest, and transparent leadership can help to heal these situations -- without destroying the pastor's life in the process!

An Introduction to the Moravians Especially designed for "full communion" partners of the Moravian Church, this workshop for Episcopalians, Lutherans, and Presbyterians gives an overview of the 550 year history of the Moravians, the "first Reformation," spiritual roots in the Orthodox tradition, and a look at the ways the small but influential group has shaped modern Christian history.

Presentations for the Church and Clergy

These presentations can be used either as keynote addresses or more extensive workshops for retreats, conventions, and other gatherings of church leaders and laity.

Out of Ashes: Deinstitutionalizing the Church  Jackman explores how movements become institutions and what goes wrong in that process - and how we can move the human institution of the church in the direction of the Kingdom of God, especially post-pandemic.

The Emerging Church: New Containers, Ancient Sacraments How young people of faith have been discovering ancient worship traditions and weaving them into new forms; and how local congregations can authentically build on the energy of ancient ways in a new post-pandemic era.

A Brief History of Hell: Everything You Know is Wrong  Jackman reviews the history of the development of Hell, looking at the Biblical concepts of Sheol, Gehenna, and the parables of Jesus; the later integration of Greek ideas of Tartarus; how the concept now preached derives not from Scripture but from Middle Ages fearmongering.  Not recommended for conservative or fundamentalist groups!

The Son of God is Laughing: Humor in the Church For years Jackman has advocated for the use of humor in worship in a positive healthy way.  He has helped to resurrect the ancient Orthodox tradition of "Bright Sunday" the week after Easter.  Those who take themselves too seriously are encouraged not to attend!

The End of the World, Part 42  Jackman's entertaining, factual, and humor-filled presentation about the long and embarrasing history of "end-times" predictions; and the short and strange history of the "rapture" as commonly accepted among many evangelicals today.  Not recommended for conservative or fundamentalist groups! 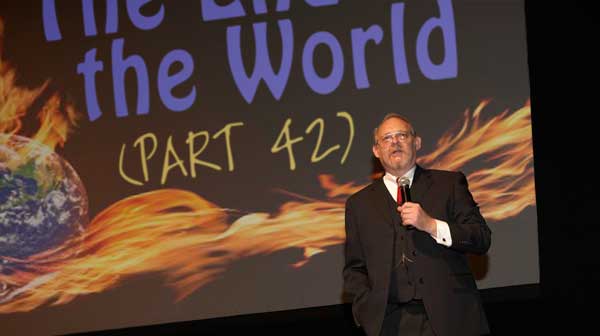 The following presentations are of special interest to Methodist and Wesleyan congregations, and other groups that are connected to the Wesley brothers:

Please fill out the form below to inquire about booking John Jackman for
your event: 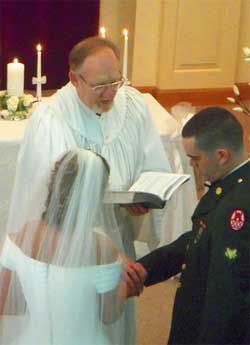